San Gerardo de Dota is nestled in the Savegre Valley, within the Talamanca mountains of Costa Rica. The Small country mountain village that several decades ago began to see the first lumberjack and hunters getting established now flourishes as a wonderful off the beaten track nature destination, specifically a great place for birders.

One of my favorite reasons for which I like birding San Gerardo as part of a one-day trip itinerary from Manuel Antonio is that one gets to cover different habitats and elevations in one day, ranging from 2000masl up to 3,200masl, thus allowing a good combination of species. The high peaks of the Talamanca Mountains it has created an interesting array of endemic species, most which which we share with Panama.

This week I had the opportunity to lead 2 Birding trips here, departing Manuel Antonio at 4:00am as the drive to get there normally takes about 2hr45min to 3hrs. However our first stop was little before reaching San Gerardo at a place called Villa Mills (see here for eBird hotspot), here elevation is little more than 3,000 meters above sea level, this gravel road loops around 1 km back to the main paved road, it is often birdy and produces some of the Highland must sees such as  timberline wren, Silvery-fronted tapaculo, barred becard, fiery throated hummingbird, black capped Flycatcher, and even with some luck Costa Rican pygmy-owl!

One of the treats you get to see when you wake up early! 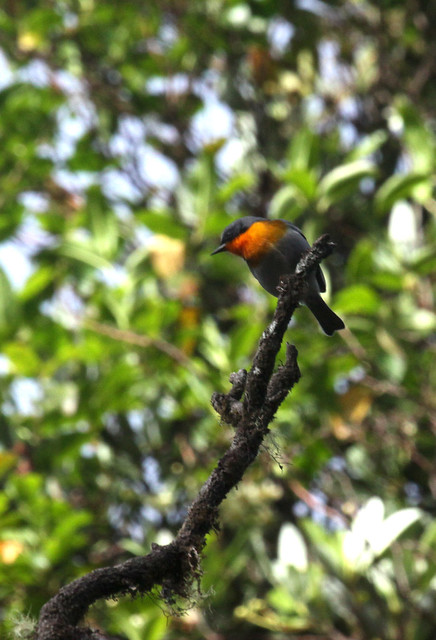 After some birding here for a short while it’s also good to stop at La Georgina restaurant, it is particularly good for those interested on photography as the hummingbird feeders often produce some nice close-ups to magnificent, fiery throated, volcano, and scintillant hummingbird, and oh don’t forget some hot coffee or chocolate! 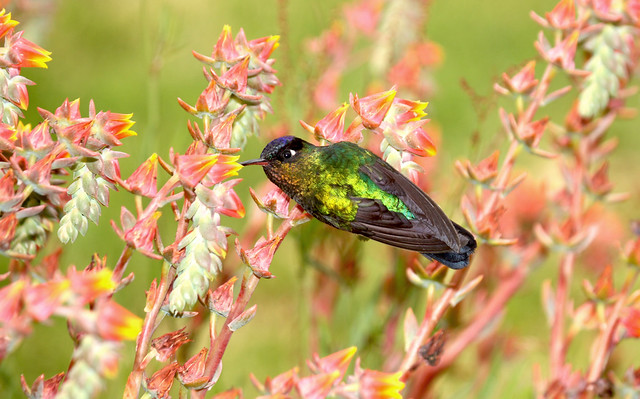 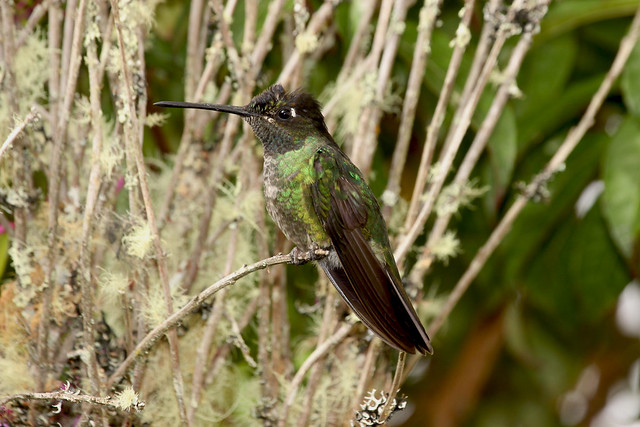 A convenient place to have breakfast during this trip is Miss Mariam’s restaurant, not only food is tasty, but the feeders can produce some of the common birds such as flame colored tanager, Acorn woodpecker, large-footed Finch, yellow-thighed finch and others, all while you wait for your food.

San Gerardo is known as one of the best places in Costa Rica for resplendent Quetzal, which we did see on both trips. After some good birds we continued to well known Waterfalls Road down the hill from the famous Savegre Lodge, gosh is good here! The trail that leads to the waterfall goes parallel to the Savegre river, which gives opportunities to spot torrent tyrannulet, American depper, as well as those forest species that often  forage with mixed flocks such as streak-breasted tree hunter, spotted Barbtail, spot-crowned with creeper, black cheeked warbler, yellow thighed finch, lineated foliage-gleaner and so much more. 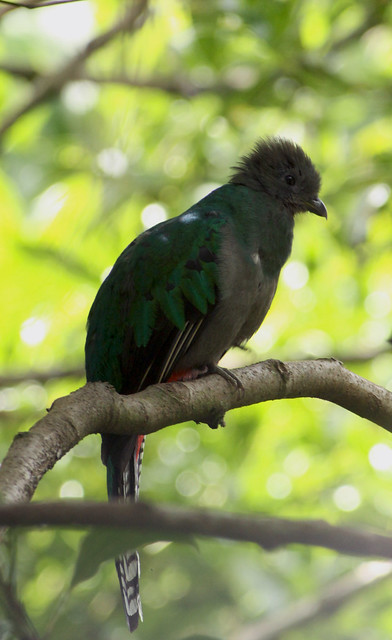 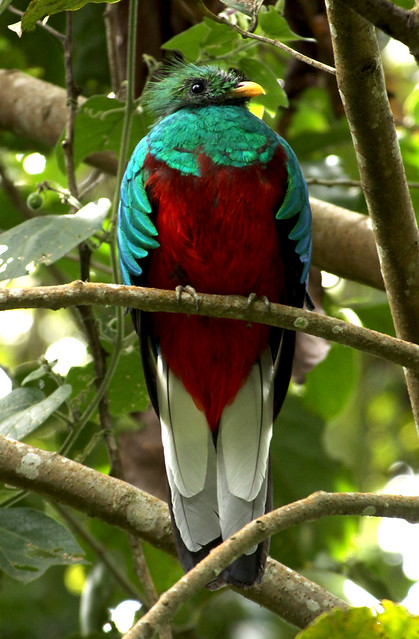 Most males are “tailless” during this time of the year.

Green-fronted lancebill-Doryfera ludovicae, spotted by Leonardo on the second trip! This is one of my favorite hummingbirds! 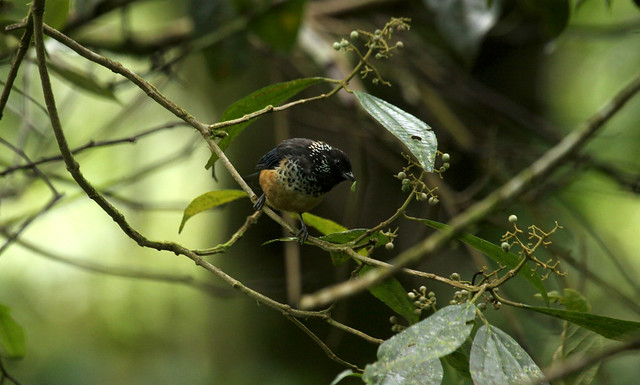 Not only the birds are wonderful here.

Needless to say both common and Sooty-capped chlorospingus are quite common and are a good indicative of the presence of a mix flock, often you can walk several minutes and find no bird, but suddenly a passing flock can entertain for minutes, keeping you busy watching either up to the canopy, understory or both! After a good birding session in route back to Manuel Antonio it is good to stop at the telecommunication towers up in Cerro Buena Vista, at 3400masl for volcano junco.

Cerro Asuncion, along with Cerro Buena Vista are among the highest peeks of Cerro De La Muerte. Paramo forest in the back.

If you are birding Manuel Antonio area, despite the fact that you might had already birded Monteverde visiting San Gerardo de Dota is a good idea that can put on some birds you might not get in MV, see a different habitat and enjoy some good cold weather while you are in the tropics!